We want to show you a blog, that in fact we found very interesting, from a spanish artist with a great talent. Her creations are really wonderful and we found very selfish not to share it with you.

One of her last works is made ​​on wood: 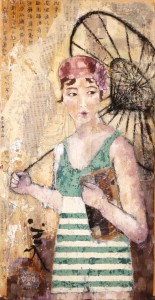 This new release includes the following:

+ Added a new setting to customize the initial distance of the 3d cube and all other effects.

+ Added new settings to customize the transparency of the windows and desktops.

+ Added different backgrounds for the rendering window. CubeDesktop NXT comes with six predefined backgrounds that range from light to dark ones, also allowing the user to set any picture as background.

+ Solved an issue related to windows being rendered black. Users affected by this issue can enable a new “Compatible rendering mode” that fixes it.

+ Better management of desktop icons. On some systems toggling the visibility of an icon was not working as expected.

+ Enhanced “private desktops”. Now they’re harder to view if you lost their password.

+ After a new install or an upgrade, CubeDesktop NXT will search for previous settings and let the user decide to keep them or reset to the default ones.

+ Pressing the “dot” key during the rendering will cause CubeDesktop NXT to take a screenshot and save it to your pictures folder. Screenshots are transparent PNG images and don’t contain any background information, allowing an easier integration into web pages and other design software.

Today, we’ll talk about the wallpapers of VladStudio. They’re quite impressive and we think they’re the perfect companion for your CubeDesktop NXT installation. 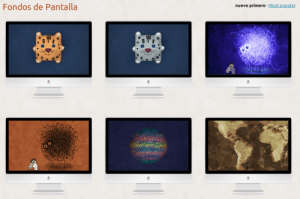 Is this event near you?

There is a hard competition to control the cloud and Oracle is working to take a good place in this race. The opportunities that the cloud offers are infinite and companies are implementing their systems thinking on how they can apply this advantages to be more competitive.

Our previous experience is related to cloud storage. We have tried various alternatives: Skydrive, Google Drive, Dropbox, Cubby… With the first two everything went as expected, the experience was very positive, with no problem at all. With the last we´ve got some problems, specially with synchronization.

If you don´t have any previous experience using the cloud try them and take advantage of the opportunities that the cloud offers.